The Age of Empire 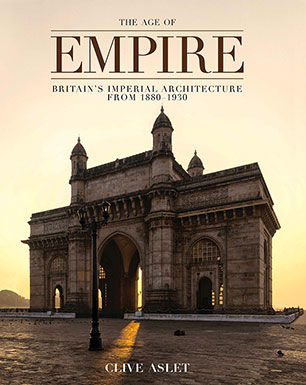 The Age of Empire is a lavishly illustrated celebration of the architectural legacy of the British Empire and its ability to create buildings that remain as awe-inspiring as when they were first built.

'I am an Empress . and am sometimes called Empress of India. Why have I never officially assumed this title? I feel I ought to do so and wish to have preliminary enquiries made.'

Five years after discussing the matter with her private secretary, in 1877 Queen Victoria became Empress of India. This symbolic event was followed by the transformation of Britain into the seat of self- consciously imperial power. Britain's industrial and imperial might financed an architectural golden age, which saw the Dickensian rookeries replaced with model housing; civic life improved through new town halls, bath houses and libraries; God glorified in new churches and cathedrals; Mammon pursued in banks, exchanges and commercial buildings; and the Empire celebrated in numerous sculptural projects around the globe.

Through stunning images this book reveals the national confidence and prosperity that led to a new-found grandeur and scale in the architecture commissioned. The Age of Empire is a lavishly illustrated celebration of the architectural legacy of the British Empire and its ability to create buildings that remain as awe-inspiring as when they were first built.
More books by this author

CLIVE ASLET is a former editor of Country Life and an eminent architectural historian and author whose previous books include (for Aurum) The Arts & Crafts House and An Exuberant Catalogue of Dreams, (for Frances Lincoln) The Edwardian Country House and, most recently, War Memorial: The Story of One Village's Sacrifice from 1914 to 2003. He lives in London and Ramsgate.