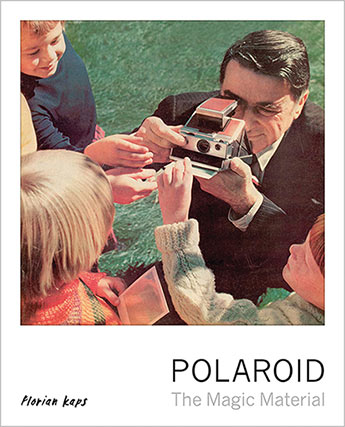 The extraordinary story of Polaroid and the way it has influenced visual culture over the last seventy years.

Drawing on a wide range of sources, including the visual archive of the Polaroid Collection, Florian 'Doc' Kaps tells the extraordinary story of Polaroid, a photographic medium he helped rescue from oblivion in 2008 with The Impossible Project.

Starting with Edwin Land's development of the instant camera in the 1940s, Doc explores the ways in which Polaroid cameras have influenced visual culture in the seventy years since then, including family portraits, fine art, erotica, anthropology, journalism and fashion. The book describes the ways in which the technology developed and catalogues the range of models produced.

The book also tells the story of how Doc revived production of film with The Impossible Project, founded in 2008, and explores how the reasons that led Polaroid to discontinue production in a world transformed by digital photography are the very reasons why there is ever growing demand for the magic of instant photography today.
More books by this author

Florian 'Doc' Kaps is uniquely able to write about Polaroid as both a fan and an insider, and is greatly respected by lovers of Polaroid for co-founding The Impossible Project to maintain film production in 2008. Having stepped back from day-to-day involvement with Impossible, he opened Supersense, a Viennese emporium dedicated to all things analogue, in 2014.