A Journey Through the World's Greatest Natural Wonder 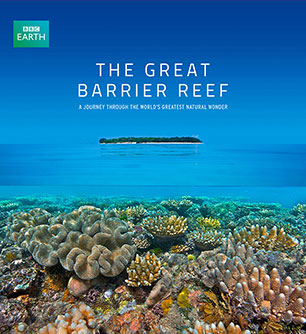 The Great Barrier Reef really is like nowhere else on earth. For many of us, the thought of it conjures up images of beautiful azure waters teeming with colourful fish against a background of coral of every shape, colour and form imaginable. Yet there is so much more to the Great Barrier Reef than this. It is a massive, complex ecosystem, and one that has gone through enormous changes throughout the history and evolution of our planet. Produced in partnership with the BBC's The Great Barrier Reef television series, the book takes you on a journey along 2,300km of Australia's north-eastern coastline, through the diverse range of habitats that make up this extraordinary water world. Along the way, discover how the Great Barrier Reef was formed, learn about life on the Reef and meet the plants and animals that inhabit it. The Great Barrier Reef also looks at the environmental challenges facing this incredibly delicate ecosystem, and what the future may hold. Illustrated in spectacular full-colour photography throughout, The Great Barrier Reef also features hints and tips on how to make the most out of any trip to the Reef, making it the ultimate guide to one of the most treasured natural wonders of the world.
More books by this author

Len Zell is one of the world's foremost authorities on the Great Barrier Reef. He is a prolific writer, illustrator and photographer and has published more than 10 books. He is highly sought-after as a field guide for his extensive knowledge, and his contributions to marine science have been acknowledged by having two species of coral named after him. He has also appeared on several different documentary television shows. Len is currently an adjunct Senior Lecturer in Marine and Tropical Biology at James Cook University in Queensland, and also appears at many other universities as a guest lecturer.