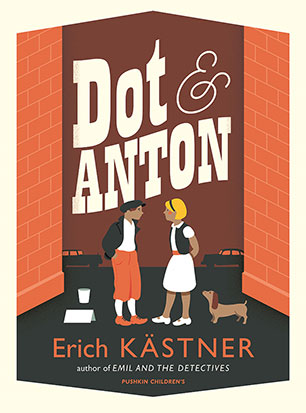 The author of Emil and the Detectives strikes again.

'Matches, buy my matches, ladies and gents!' calls Luise Pogge, a.k.a. Dot, evening after evening, standing on Weidendammer Bridge in the middle of Berlin. Of course, her wealthy parents have no idea of her whereabouts, believing her to be in the safe care of her nanny, Miss Andacht. But Miss Andacht is being blackmailed by her shady fiance, which is where Dot comes in. Anton, on the other hand, has to beg because he and his mother are paupers, and desperate. When the two children make friends on the streets of Berlin, Dot, who is no fool, has a brilliant idea which is sure to solve both their problems, and in the process they even solve a dastardly crime.
More books by this author

Erich Kastner, writer, poet and journalist, was born in Dresden in 1899. His first children's book, Emil and the Detectives, was published in 1929 and has since sold millions of copies around the world and been translated into around 60 languages. After the Nazis took power in Germany, Kastner's books were burnt and he was excluded from the writers' guild. He won many awards, including the prestigious Hans Christian Andersen Award in 1960. He died in 1974.

Walter Treir was an acclaimed cartoonist and illustrator, and Kastner's collaborator on more than a dozen children's books.