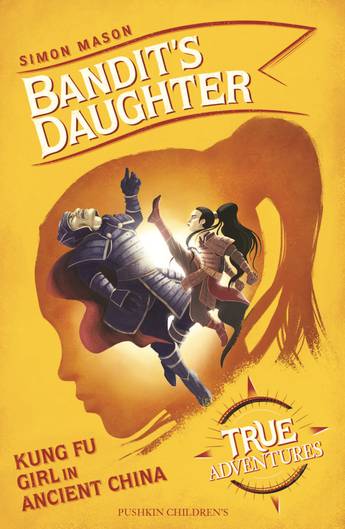 At the beginning of the 11th century, General Yang sends his son Zongbao to exterminate the bandit living in Dragon-Taming Wood. In the forest, Zongbao is surprised by the bandit's teenage daughter, a kung fu prodigy, who challenged him to unarmed combat. Her deal? If Zongbao wins, she will lead him to her father's secret hideout. If she wins, she will take him to her father as her prisoner.

So begins Mu Guiying's extraordinary story, which will end with a spectacular battle for the destiny of her country.
More books by this author

Simon Mason has written numerous books for younger readers, including The Quigleys, Moon Pie, and the YA crime thriller series featuring Garvie Smith: Running Girl, Kid Got Shot and Hey, Sherlock! He has always been fascinated by history, particularly by stories from around the world.