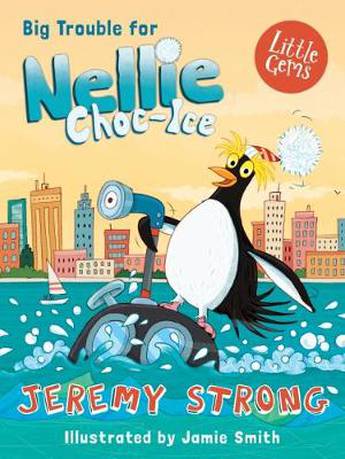 Another hilarious Little Gem from Jeremy Strong, the master of comic writing for children, with character- packed illustration from Jamie Smith.

When Captain Beardy-Beard rescues Nellie from the North Pole she's ready to be safe and sound back at home. But mistakes and trouble are never far from Nellie, and when their submarine runs out of fuel in the docks of New York, Captain Beardy-Beard and his crew are a prime target for a hijacking! Looks like Nellie Choc-Ice is in trouble again and this time it's BIG trouble!

Hilarious penguin adventure full of laughs and facts.
More books by this author

Jeremy Strong is one of the UK's highest profile authors for young readers and has a particular gift for humour which has seen him crowned Puffin's King of Comedy. He worked as a Head teacher before writing full-time and he has won a raft of awards including the Red House Children's Book Award. He lives in Bath.