Camille and the Sunflowers 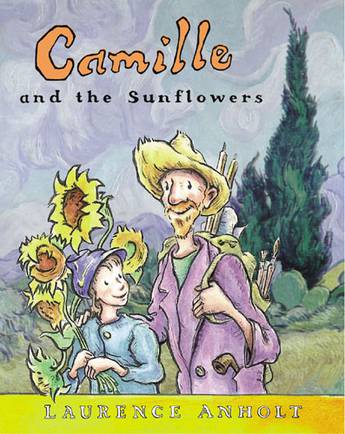 An introduction to the great painter, seen through the eyes of a young boy entranced by his painting. There are reproductions of Van Gogh's work.

Where Camille lives, the sunflowers grow so high they look like real suns. One day a strange man arrives in Camille's town. He has a straw hat and a yellow beard and his name is Vincent van Gogh. Featuring stunning reproductions of the great artist's work and based on a true-life incident as seen through the eyes of a small boy, this is the perfect introduction to Vincent van Gogh for children.
More books by this author More books in this series

Laurence Anholt is part of a husband-and-wife team who have worked together on more than 60 picture books, published all over the world in more than 17 different languages. Their picture books – including the Chimp and Zee series – have won numerous awards and have been featured on television and radio. Laurence has been described by William Watt as one of the most versatile authors writing for children today. He was brought up mainly in Holland where he developed a lasting passion for art. He is a much sought after public speaker, appearing at conferences such as the European Council of International Schools Conference, the Northern Children's Book Festival and the Edinburgh Festival.To visit the Anholts' website click here