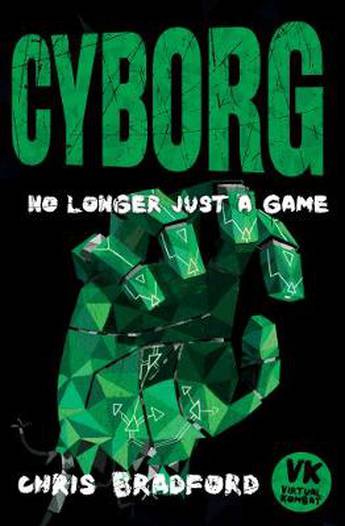 As game becomes reality, can Scott save his world in time? An edge-of-your-seat dystopian thriller from Bodyguard bestseller Chris Bradford.

Scott and his gang of techno-hackers barely escaped with their lives when they planted the virus that destroyed Virtual Kombat. Now that the game is gone, they think they're finally safe. But VK creator Vince Power's deadly scheme is far from over. Without a virtual world to host it, there's only one place for the brutal fighting and killing to go. VK will be played in the real world, and Scott's tech skills won't help him now. This is no longer just a game …
Blade Runner meets Mortal Engines in the heart-pounding finale to the Virtual Kombat series.
More books by this author

Chris Bradford is a best selling and multi-award-winning children's author. He is professionally trained in a variety of martial arts, including samurai swordmanship, and has earned his black belt in Kyo Shin Tai-jutsu. Chris's books, including the best selling Young Samurai and Bodyguard series, have been published in over 25 languages and have earned him more than 30 book awards and nominations, including the Brilliant Book Award and the Carnegie Medal.