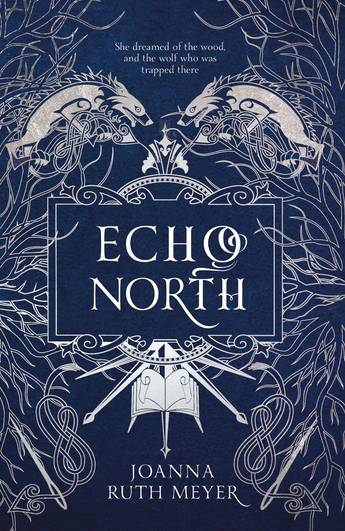 She dreamed of the wood, and the wolf who was trapped there...

Echo Alkaev's safe and carefully structured world falls apart when her father leaves for the city and mysteriously disappears. Believing he is lost forever, Echo is shocked to find him half-frozen in the winter forest six months later, guarded by a strange talking wolf?the same creature who attacked her as a child. The wolf presents Echo with an ultimatum: if she lives with him for one year, he will ensure her father makes it home safely. But there is more to the wolf than Echo realizes.

In his enchanted house beneath a mountain, each room must be sewn together to keep the home from unraveling, and something new and dark and strange lies behind every door. When centuries-old secrets unfold, Echo discovers a magical library full of books- turned-mirrors, and a young man named Hal who is trapped inside of them. As the year ticks by, the rooms begin to disappear and Echo must solve the mystery of the wolf's enchantment before her time is up otherwise Echo, the wolf, and Hal will be lost forever.
More books by this author

Joanna Ruth Meyer writes stories about fierce teens finding their place in the world, fighting to change their fate, save the ones they love, or carve out a path to redemption. She lives with her dear husband and son, a rascally feline, and an enormous grand piano named Prince Imrahil in Mesa, Arizona. As often as she can, she escapes the desert heat and heads north to the mountains, where the woods are always waiting.