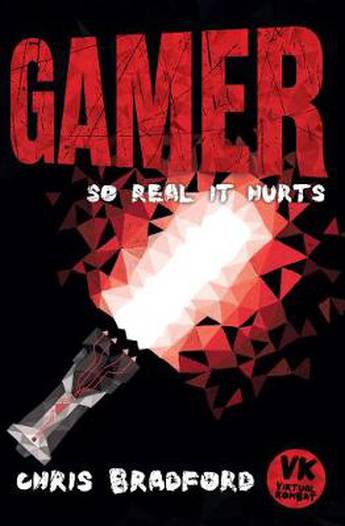 Street kid Scott jumps at the chance to be a Virtual Kombat gamer. If he can battle his way up the ranks, the ultimate prize will be his. But then his friend Kate goes missing in the battle arena, and Scott’s dream is quickly turned into a terrifying nightmare …
The Matrix meets The Hunger Games in this fast-paced action thriller.
More books by this author

Chris Bradford is a best selling and multi-award-winning children’s author. He is professionally trained in a variety of martial arts, including samurai swordmanship, and has earned his black belt in Kyo Shin Tai-jutsu. Chris’s books, including the best selling Young Samurai and Bodyguard series, have been published in over 25 languages and have earned him more than 30 book awards and nominations, including the Brilliant Book Award and the Carnegie Medal. He lives in East Sussex.