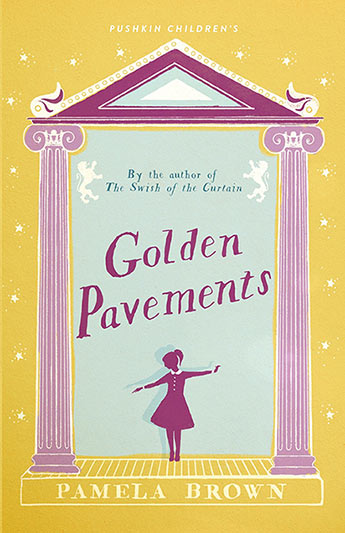 The third book in the Blue Door series, which starts with The Swish of the Curtain.

As the six older members of the Blue Door Theatre Company set off for drama school in London, they are united in their ambition to establish their own professional theatre back home in Fenchester. However, the bright lights of the West End prove so dazzling that at least one of the friends is soon tempted to abandon that ambition for the sake of her own promising career.

Following the characters from the classic of children's literature The Swish of the Curtain through two exciting years of drama school and their first taste of professional success, Golden Pavements is the third book in the Blue Door series.
More books by this author

Pamela Brown (1924-1989) was a British writer, actor and television producer. She was just 14 when she started writing her first book, and the town of Fenchester in the books is inspired by her home town of Colchester. During the Second World War, she went to live in Wales, so The Swish of the Curtain was not published until 1941, when she was 16. She used the earnings from the books to train at RADA, and became an actor and a producer of children's television programmes.