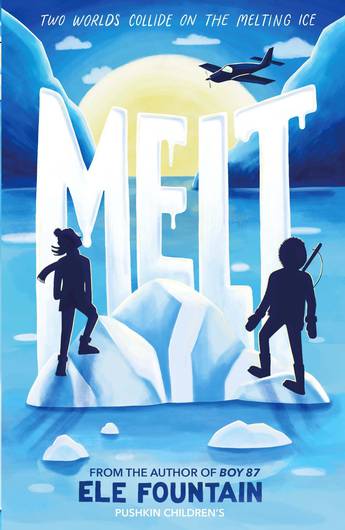 A breathless adventure story of courage and survival in a warming climate, from the multi-award-winning author of Boy 87 and Lost.

United by greed and self-interest. But not their own.

A boy lives in a remote, snow-bound village with his elderly grandmother. Their traditional way of life is threatened by the changing snow and ice: it melts faster every year. When the sea-ice collapses while he is out hunting, he only just escapes with his life and is left stranded in the Arctic tundra.

Meanwhile a girl is trying to adapt to another new school. Her father promises his new job at an oil company will mean they never have to move again, but not long after he starts, his behaviour becomes odd and secretive. When their fates take a drastic turn the girl's world collides with the boy's and they find themselves together in a desperate search for survival, and for the truth.
More books by this author

Ele Fountain worked as an editor in children's publishing where she helped launch and nurture the careers of many prize-winning and bestselling authors. Ele's debut novel, Boy 87, won four awards and was nominated for nine more, including the Waterstones Children's Book Prize. She lives in Hampshire with her husband and two daughters.