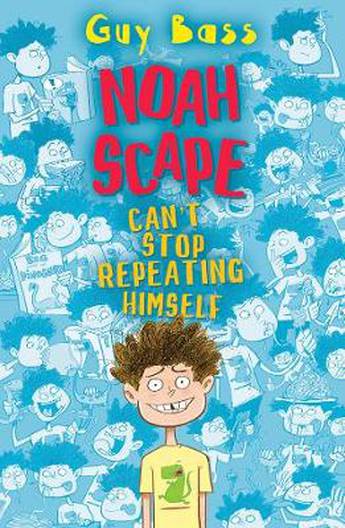 Noah proves that getting what you want isn’t always what you need in this laugh-out-loud comedy from one of the fastest-rising stars of the children’s book world.

Noah Scape loves dinosaurs and spaghetti with tomato sauce. But Noah doesn’t always get what he wants and when school doesn’t revolve around dinosaur facts and lunch isn’t always his tried and tested favourite, well… enough is enough! It’s time for him to stop wishing and to decide on exactly what he needs; a world full of Noahs! School based comedy genius.
More books by this author More books in this series

Guy Bass is an award-winning author, whose children’s books series include Stitch Head, The Legend of Frog, Dinkin Dings, Atomic! and Secret Santa: Agent of X.M.A.S. Guy has also written plays for both adults and children. Before becoming a full-time writer, he previously worked as a theatre producer, illustrator, temp, gerbil whisperer and has acted his way out of several paper bags. Guy lives in North London.