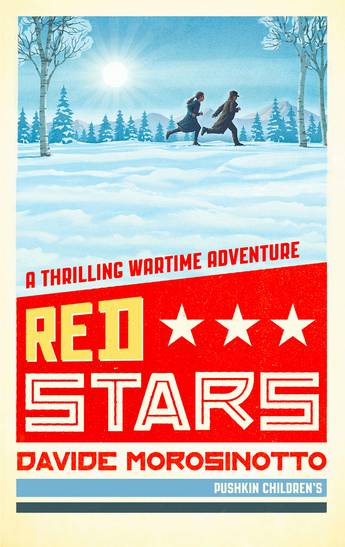 Download cover
Availability: Temporarily unavailable from this website, please try another retailer
THE COUNTRY IS UNDER ATTACK
Twins Viktor and Nadya are twelve years old when Hitler's Germany declares war on the Soviet Union. As the Nazi army crushes the defending forces and enemy planes appear overhead, they are hurriedly evacuated from their home.

'WHATEVER HAPPENS, STAY TOGETHER'
Their parents told them to look after each other, no matter what. But amid the chaos of the evacuation, disaster strikes - the twins are separated, stranded many miles apart with no way of communicating.

A DESPERATE RACE ACROSS SNOW AND ICE
Despite the war raging all around, Viktor and Nadya are determined to find each other and get back home. Can they pick a path through the danger and destruction, with only their courage and love to keep them going?
More books by this author

Davide Morosinotto was born in a small town in the hills of Northern Italy. He always wanted to be a writer, and spent his school days thinking up incredible adventures and imaginary worlds. Since then he's written 27 books for children and young adults which have won numerous prizes and been translated into 23 languages. He also works as a writer for television and video games. Red Stars is the first of his books to be translated into English.