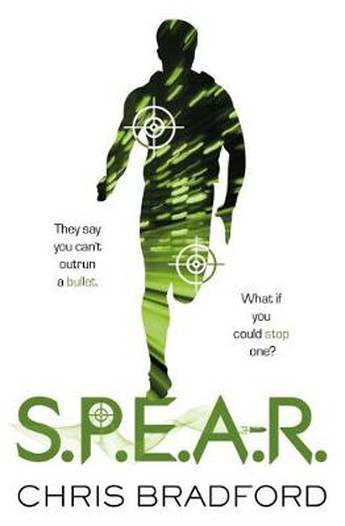 Everyone has a power to harness at the S.P.E.A.R training academy but can Troy master his in time in this thrilling action-packed adventure?

When Troy is caught up in a terrorist attack that takes the lives of his parents, he discovers an amazing power – bullets can’t harm him. With this secret uncovered he’s soon recruited into an underground organisation where he meets Scarlet, a girl with her own remarkable talent, and the two put their powers to use… Exhilarating action meets heart-pounding suspense in this three-part novel.
More books by this author More books in this series

CHRIS BRADFORD is a best selling and multi-award-winning children’s author. He is professionally trained in a variety of martial arts, including samurai swordmanship, and has earned his black belt in Kyo Shin Tai- jutsu. Chris’s books, including the best selling Young Samurai and Bodyguard series, have been published in over 25 languages and have earned him more than 30 book awards and nominations, including the Brilliant Book Award and the Carnegie Medal.