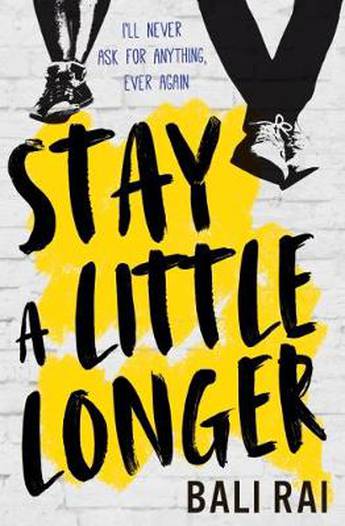 A powerful and immensely moving story of friendship, family and happiness.

Aman’s dad is gone. Mum won’t say it and she’s struggling to talk about it, but it’s a fact and he isn’t coming back. Aman has been feeling more than lost and alone since he died. It just seems to be her and mum against the world, even against their family. When a lovely man called Gurnam moves in next door, it looks like he might fill a little gap in her life. But Gurnam has his own sadness. One that’s far bigger than Aman can understand and it’s tearing his life apart... A touching and evocative tale of unlikely friendships and finding happiness in the hardest of times.
More books by this author More books in this series

Bali Rai grew-up in Leicester and his working-class, British Asian background influences and inspires his writing. A succession of acclaimed young adult titles have firmly established Bali as a leading voice in UK teen fiction. He is published in twelve languages and continues to collect multiple awards and nominations for his books, including a Carnegie Medal nomination in 2018 for The Harder They Fall. In 2015 Bali became an ambassador for The Reading Agency’s Reading Ahead programme.