The Dragon of Krakow

and other Polish Stories 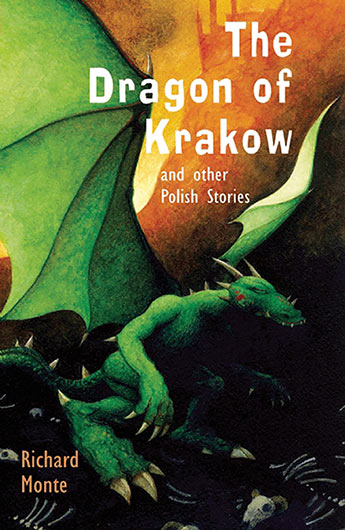 Download cover
Availability: Not available to order from this website, please try another retailer
These Polish folk tales have a delightfully mischievous character all their own. To create his sparkling collection, Richard Monte has gathered some of Poland's favourite stories from all over the country.
More books by this author

Paul Hess was born in Sydney, Australia, in 1961. He went to art college in Sydney and then worked as a graphic designer and Art Director for various companies both in Sydney and London from 1981 to 1991. He has worked as a freelance art director and illustrator since then. His books for Frances Lincoln are Death in a Nut, Nail Soup, Cow on the Roof, Dragon of Krakow, Hidden Tales from Eastern Europe, The King with Horse's Ears and The King and the Seed. He lives in Northumberland. Richard Monte is a children's book reviewer and former bookseller who has contributed articles on Poland to the BBC and other magazines. He is married to a Polish wife. He lives in St Albans, Hertfordshire.www.richardmonte.co.uk