The Flag Never Touched The Ground 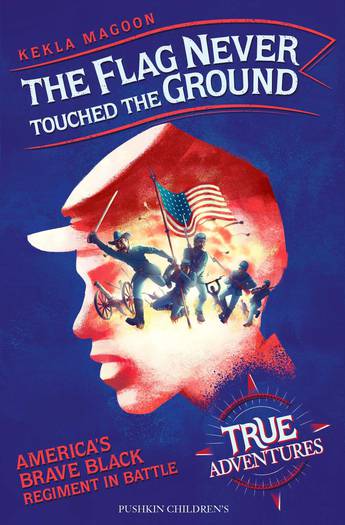 The story of an all-black regiment's assault on the impregnable Fort Wagner in the Civil War, an act of extraordinary courage that changed hearts and minds in America for ever.

In 1863, the US Civil War was raging. Abraham Lincoln's Emancipation Proclamation had freed over 3.5 million African-American slaves, and now the Union Army began to recruit a second all-black regiment of soldiers to join the fight.

As the struggle against the Confederate South raged on, the newly-formed 54th Massachusetts battalion prepared to attack the seemingly impregnable fortress of Fort Wagner. The odds were heavily against them; the fort had never been taken. America was watching them - and when the bugle sounded they marched towards the guns, flag held high.
More books by this author More books in this series

An author, speaker and writing teacher, Kekla Magoon has been longlisted for the National Book Award, received an NAACP Image Award, and three Coretta Scott King Awards. She initially studied history at Northwestern University in the US, and loves to uncover the stories of the brave and creative people who have come before us. Her books about civil rights and social justice in America include X, a novel about Malcolm X co-written with his daughter, and The Rock and the River, about a young boy torn between his civil rights leader father and his Black Panther brother.