The Fog of War

Martha Gellhorn at the D-Day Landings 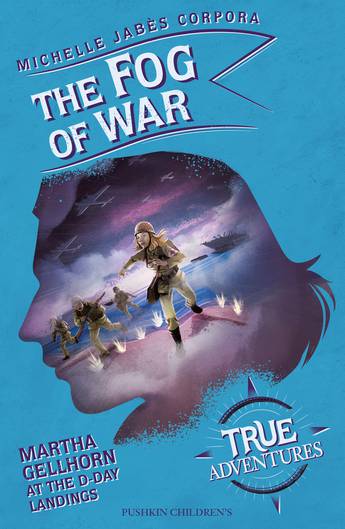 The inspiring true story of Martha Gellhorn's perilous, secret journey to become the only female journalist to cover the D-Day landings of 1944.

Martha Gellhorn was one of the world's greatest war correspondents, travelling to hotspots to report on conflicts including the Spanish Civil War, World War Two, the Vietnam War and the Arab-Israeli wars.

She wrote for Collier's magazine, which could only send one journalist to cover the invasion of France in June 1944. When Ernest Hemingway - Gellhorn's estranged husband and the most famous writer in the world - offered his services, they took away Gellhorn's pass and gave it to him.

Undeterred, the night before the invasion she blagged her way on to a hospital ship and locked herself in the lavatory until it was too late to send her back. She worked as a nurse on board, treating both Allied and German casualties before going ashore with the soldiers, filing her brilliant reports from the scene of the battle.

(And Hemingway? His boat turned back because of bad weather.)
More books by this author More books in this series

Michelle Jabes Corpora is American and based in the US. She has written five adventures for the world-famous, best-selling Nancy Drew Diaries and Hardy Boys series. She has a Masters of Arts in Children's Literature from Hollins University. As a book packager for Working Partners, she has conceived and created some thrilling book series, such as Robots Rule! for Houghton Mifflin and Bad Tide Rising for Fischer Verlag. She has always been excited by history, and her middle grade historical novel A Thimbleful of Hope is forthcoming from Penguin.