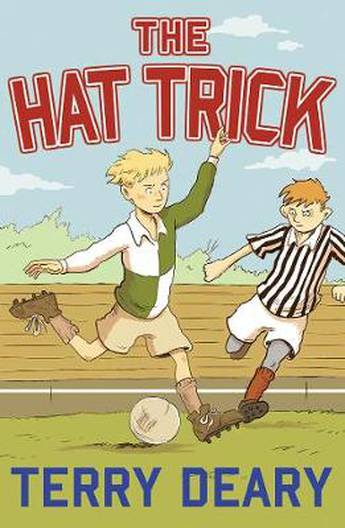 Jud steps in as goalie at the local football team. Jud's dad is all for it, but mum isn't convinced. This football story ends with a brilliant twist!

It's up to Jud and her magic football boots to win the match...but will she be able to? A heart- warming football story suitable for boys and girls. When Jud receives an extra special Christmas present from her dad out of his magic hat she couldn't be more thrilled - finally her very own pair of football boots! She can't wait to try them out, can the shoes really be magic like her dad says? Then it's the big match and Jud has to step in as goalie. There's everything to play for and with Jud's team two-nil down, their star player is hurt! Can Jud take his place and save the match?
More books by this author More books in this series

Terry Deary is the author of over 130 books in the UK and is one of the most successful children's authors of all time. His Horrible Histories series has sold over 6 million copies in the UK and has been translated into over 40 languages, as well as being adapted into a BAFTA award-winning television series for CBBC.