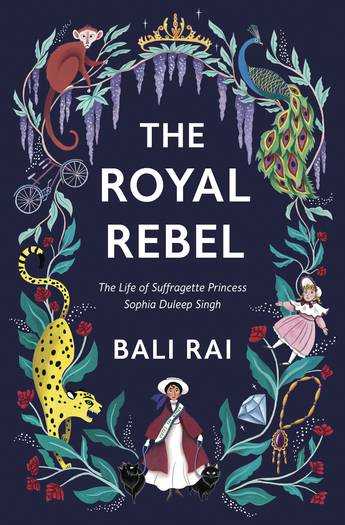 Rebel, Princess, Suffragette: this is the incredible true story of the life of Princess Sophia Duleep Singh, a forgotten heroine of the early twentieth century.

Born in 1876, Princess Sophia Duleep Singh was the daughter of the last Sikh ruler of the Punjab, and goddaughter of Queen Victoria. After her father lost control of his empire and was exiled to England, Sophia had a privileged but troubled upbringing that left her unsure about where she belonged - in India or England. Sensitive to injustice, she became an suffragette and fought hard to win the vote for women. This is the extraordinary story of her life.
More books by this author

Bali Rai was born in Leicester where he grew up in a multicultural community dreaming of playing football for Liverpool FC, being Bob Marley or becoming a writer. He writes the books he would have enjoyed as a teenager and his book Rani and Sukh is a set-text for GCSE English. His novel, Killing Honour, won the North East Teenage Book Award, and was described as “utterly compelling” by The Bookseller.