The Story Of Gulliver 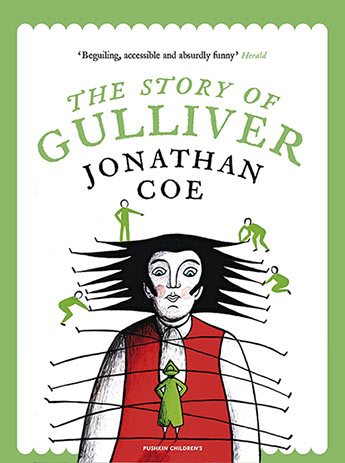 First paperback edition of one of the bestselling Save the Story titles: the disconcerting encounters of Lemuel Gulliver

'For the first time in his life, Gulliver felt ashamed of himself and his fellow-humans.'

Gulliver is a travel-hungry and adventurous ship's doctor, who has the odd misfortune of being shipwrecked four times in as many voyages.

Through Jonathan Coe's expert retelling of Swift's famous satire about our human hubris and desires, today's young readers are swept along as Gulliver finds himself a giant among tiny humans in Lilliput; a tiny human among giants in Brobdignag; on the flying island of Laputa, with its most impractical intellectuals; and finally in the land of the Houyhnhnms, talking horses who think precious little of human 'Yahoos'.
More books by this author More books in this series

Jonathan Coe was born in Birmingham in 1961. His novels include The Rotters' Club, The Accidental Woman, A Touch of Love, The Dwarves of Death and What a Carve Up!, which won the 1995 John Llewellyn Rhys Prize and the French Prix du Meilleur Livre Étranger. The House of Sleep won the Writers' Guild Best Fiction Award for 1997.