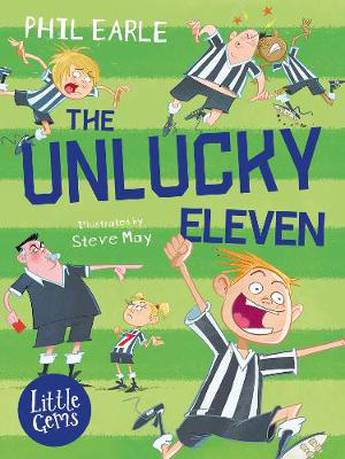 A fun football tale for little readers packed with laughs, friendship and a spot of superstition ...

When luck deserts the previously successful Saints, Stanley’s team-mates become convinced that they are under the control of a terrible curse. Their ridiculous attempts to beat the curse lead to injury, embarrassment and further humiliation, until by the last game of the season they’re ready to give it all up. Step forward Stanley, to take the most important free-kick of his life ... A hilarious footy adventure from an author-illustrator dream-team.
More books by this author

Phil Earle was born and raised in Hull. His first job was as a care worker in a children’s home. Phil then chose the more sedate lifestyle of a bookseller, and now works in children’s publishing – when he’s not writing his own children’s books, which have received critical acclaim and been nominated for numerous awards, including a longlisting for the Carnegie Medal.