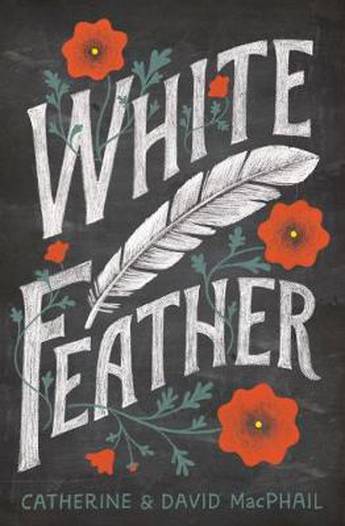 A moving tale of war, loss and cowardice.

The war is won but for Charlie there is little to celebrate. His brother never returned from no man's land and has died not as a hero but executed as a coward. Refusing to believe that his brother was a traitor, a grief stricken Charlie is pushed to the edge in his dark quest to uncover the horrifying truth.
A thrilling narrative of intertwining perspectives, perfect as a classroom companion to WW1 studies.
More books by this author More books in this series

Catherine Macphail is the award-winning author of over thirty books for children including Run Zan Run and Roxy’s Baby. She has won numerous awards including the Scottish Children’s Book Award which she has won twice. She lives in Greenock.
David MacPhail left home at eighteen to travel the world and have adventures. After working as a chicken wrangler, a ghost-tour guide and a waiter on a tropical island, he now has the sensible job of writing children’s books. He lives in Edinburgh.