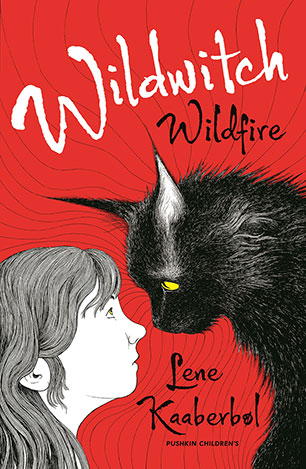 Twelve-year-old Clara discovers magical powers which unlock the wonder of the natural world around her, and lead her on the first steps of an unforgettable adventure

Clare is a normal 12-year-old girl, until a scary encounter with an unusually large black cat changes her life for ever. With the help of her Aunt Isa, she is introduced to her astounding true nature: as a Wildwitch, she can learn to communicate with animals, and harness the magical power of the natural world around her. But before Clara can get to grips with her newfound abilitie, she is confronted with a powerful enemy. Her experiences force her to grow up faster than she had expected, and she learns that, in the wild world, she will have to learn to fight as well as flee.
More books by this author

Award winning and highly acclaimed writer of fantasy, Lene Kaaberbøl was born in 1960, grew up in the Danish countryside and had her first book published at the age of 15. Since then she has written more than 30 books for children and young adults. Lene's huge international breakthrough came with The Shamer Chronicles, which is published in more than 25 countries selling over a million copies worldwide.