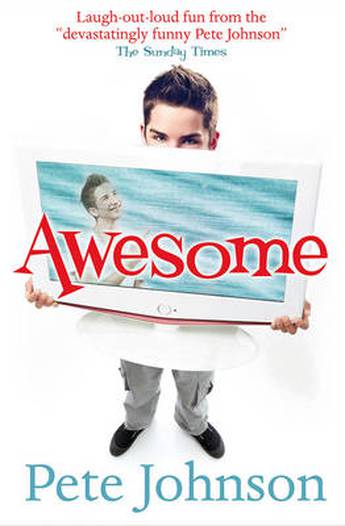 Download cover
Light-hearted comedy. When Ben starts at a new school, the last thing he expects is to be mistaken for a TV star! Can he stop pretending to be someone he's not before things spin out of control? Light-hearted comedy. Suitable for dyslexic, struggling and reluctant reader teens. Ben is just the new boy - until the most beautiful girl in school, Jasmine, mistakes him for the star of TV show 'Awesome!' He doesn't have the heart to tell her the truth! As his lie escalates and more and more people begin to believe it, will Ben do the right thing and come clean? Particularly suitable for struggling, reluctant and dyslexic readers aged 12+
More books by this author

Pete Johnson was born in Winchester and studied English at Birmingham University before teaching English and Drama. His first novel for teenagers, Secrets from the School Underground, was an instant hit. Since then Pete has gone on to become one of the UK's top comedy writers for children, collecting numerous awards and having his work translated into over 22 languages around the world.