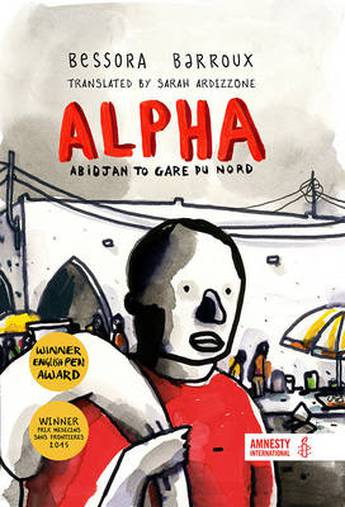 A timely and important graphic novel account of one man's desperate journey from North Africa to Europe.

Alpha Coulibaly is emblematic of the refugee crisis today - just one of millions on the move, at the mercy of people traffickers, endlessly frustrated, endangered and exploited as he attempts to rejoin his family, already in Europe. With a visa, Alpha's journey would take a matter of hours; without one he is adrift for eighteen months. Along the way he meets an unforgettable cast of characters, each one giving another human face to the crisis.

The book is presented in graphic novel format, with artwork created in felt-tip pen and wash, materials Alpha himself might be able to access.
More books by this author

Barroux studied in France at the famous Ecole Estienne and Ecole Boule. He went on to work as an art director in Paris and Montreal. He is now well known for his children's book illustrations.

Bessora is a novelist and short story writer. She was awarded the Feneon Prize in 2001 for her novel Ink Stains, and the Grand prix litteraire d'Afrique noire in 2007 for Pick Me Pretty Sirs.