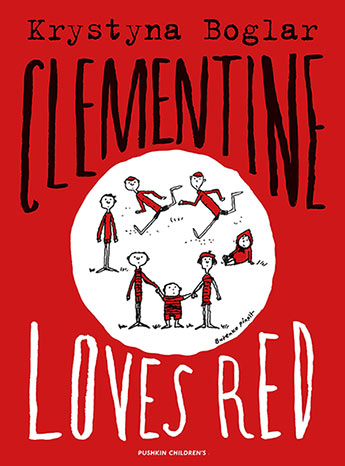 Follow a group of intrepid children through the woods to find out who Clementine really is ... A beautifully illustrated classic children's adventure story.

It's the end of the holidays for Mark, Annie and Pudding (real name: Derek). They've spent the summer in a cottage on the edge of a forest in the countryside, but they haven't had any really exciting adventures to tell their classmates back at school... Until, on their final visit to see the Frog King of a nearby pond, they find a frightened young girl crying in the woods. The curiously named Macadamia tells them she has lost Clementine, and so the three children set out on a quest to find her. But they are not the only ones looking for Clementine, and a storm is approaching, bringing with it a night full of surprises...
More books by this author

Krystyna Boglar grew up in Poland and always dreamed of being a chimney sweep when she grew up. In fact, she ended up studying Arabic before working in a bookshop and creating some of the first ever Polish comic books. She then discovered a taste for writing and launched herself into writing novels for children, with great success.
Bohdan Butenko (born 1931) is one of Poland's top illustrators, whose drawings appear in more than 200 children's books. He is also famous for his cartoons as well as for his stage sets and television design. He has won many prizes, among them the 2012 Order of the Smile - a special medal awarded by children to adults who are particularly kind to them.