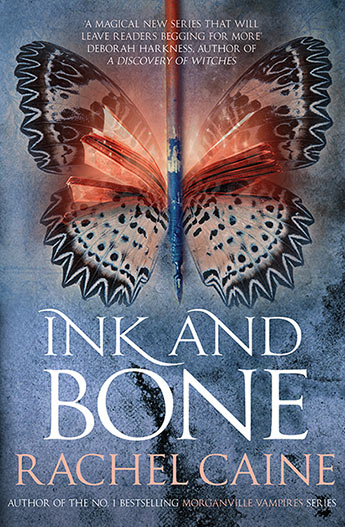 Magical spells and riots abound in this epic new YA series from the bestselling author of the Morganville Vampires series.

In 48 AD, a fire set by the troops of Julius Caesar destroyed much of the Great Library of Alexandria. It was the first of several disasters that resulted in the destruction of the accumulated knowledge of the ancient world. But what if the fire had been stopped? What would the Library have become?

Fast forward: the Great Library is now a separate country, protected by its own standing army. It has grown into a vast power, with unquestioned and unrivalled supremacy. Jess Brightwell, seventeen and very smart, with a gift for mechanical engineering, has been sent into the Great Library as a spy for his criminal family. Magical spells and riots abound in this epic new YA series.
More books by this author

Rachel Caine is a fictional character herself - a pen name of writer Roxanne Conrad. Since 2003, Rachel has written in the adult Urban Fantasy genre as well as in Young Adult fiction. She is the author of more than forty novels and many short stories, and is regular featured in anthology collections. Rachel has been a professional musician in several orchestras, run payroll for one of the largest cheerleading organizations in North America, worked as a graphic designer and web designer, and finished up her tour of the corporate world as Director of Corporate Communications for a large international company.