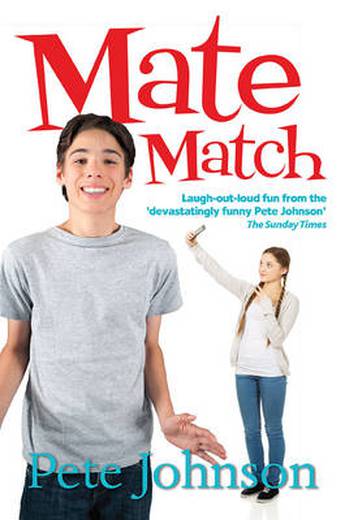 Funny and contemporary love story for the teenagers of today. Sometimes it's better to connect in reality than connect over apps... Light-hearted romance about being yourself.

Joe has never been 'cool' or 'hot' - he'd rather slog over a brand new recipe than spend hours obsessing over an Instagram image. When dating app Mate Match spreads through the school like wildfire, suddenly Joe has got to learn the rules of the dating game and thankfully big sister Georgia and her boyfriend Aaron are on hand to teach him everything he needs to know. And it seems the trick to success is to lie - about being in a band, about his hobbies (no cooking to be mentioned!), even his name. But when Joe gets matched with self-obsessed stunner Tania, his lies look set to unravel fast.
More books by this author More books in this series

Pete Johnson was born in Winchester and studied English at Birmingham University before teaching English and Drama. His first novel for teenagers, Secrets from the School Underground, was an instant hit. Since then Pete has gone on to become one of the UK's top comedy writers for children, collecting numerous awards and having his work translated into over 22 languages around the world.