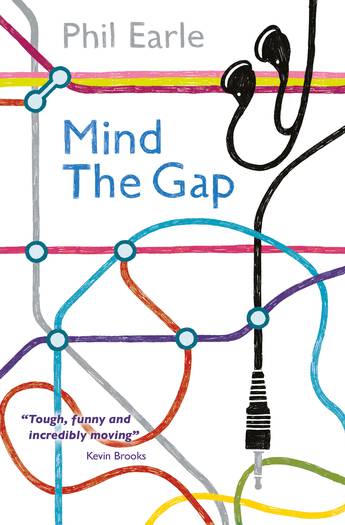 A powerful drama of love, loss, family and friendship from a superstar of children's and YA fiction, inspired by a tremendously moving true story.

When Mikey's dad died, something in Mikey died too. He loved his old man and he never stopped dreaming that one day his dad would land the role of a lifetime, prove them all wrong, come back to the estate in the flashiest car anyone had ever seen. Now there's just numbness, and not caring, and really, really stupid decisions. He says the worst of it is that he can't even remember his dad's voice any more. Eventually Mikey's best mate can't bear it any more, and so he sets out to give Mikey the memories - and his dad's voice - back.
More books by this author More books in this series

Phil Earle's first job was as a care worker in a children's home. Phil then chose the more sedate lifestyle of a bookseller, and now works in children's publishing - when he's not writing his own children's books! These include Being Billy and Bubblewrap Boy for teens and Demolition Dad and Superhero Stan for younger readers, and all of which have received critical acclaim and been nominated for numerous awards, including a longlisting for the Carnegie Medal.