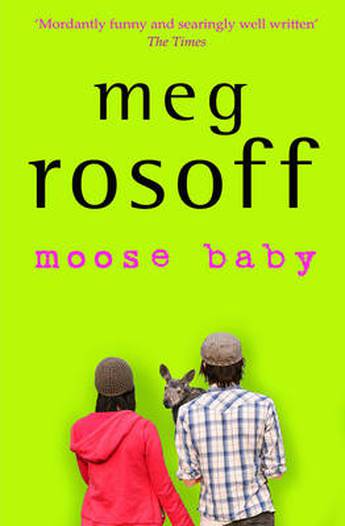 Jess and Nick knew parenthood would be tough - and that was before they had a moose.

Brilliantly funny teen drama from the consistently brilliant and Carnegie Medal winning author. Will it be a boy or a girl? Nothing can prepare Jess and Nick for when Jess gives birth to their first - moose. Four legs won't fit into a romper suit and what will grandma say? But there has been a spate of Non-Homo-Sapien births round the country and everyone else is coping, disembowelled labradors apart. The trials of being a parent - a moving and also hilarious take on relationships and motherhood, with a very powerful message.
More books by this author

Meg Rosoff is an American author best known for the novel How I Live Now, which won The Guardian Prize, Printz Award, Branford Boase Award and has been made into a film. She won the Carnegie Medal in 2007 for Just In Case, a dark comic novel for teens. Meg is hugely popular and respected both in the UK and US. Born in America, she was educated at Harvard University and has lived in London since 1989.