Say No to the Dress

How One Bridesmaid Killed the Frills 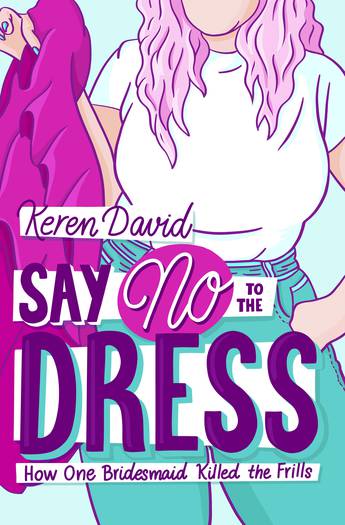 Join Mira on her journey to four different altars in this sharp-witted story of family, friendship and embracing your true self, no matter what you're forced to wear.

Mira is fourteen and in the last year she's been mugged by puberty. She's grown six inches, expanded in all directions, her breasts are out of control, and she's prone to random eruptions of spots.

Life already feels like a nightmare and now she's been asked to act as a bridesmaid for her four siblings. Four weddings and four bridesmaid dresses - could things get any worse?

Of course they could. Her brother is getting married to brittle, beautiful Stella, whose sister Tiffany is Mira's nemesis at school. Tiffany is the other bridesmaid and the pink satin dress they've chosen makes Mira feel like an oversized sausage.

Join Mira on her excruciating but hilarious journey to four different altars in a story about family, friendship and finding your true self, no matter what you're forced to wear ...
More books by this author

Keren David worked as a journalist before publishing her compelling debut YA novel, 'When I Was Joe', written while taking a course in Writing for Children at City University. She is an associate editor at the Jewish Chronicle. 'When I Was Joe' won six regional awards and was shortlisted for the Branford Boase and UKLA awards. Her books have been nominated for the Carnegie Medal five times. Her Barrington Stoke titles include the critically acclaimed 'The Liar's Handbook', 'True Sisters', and 'The Disconnect'.