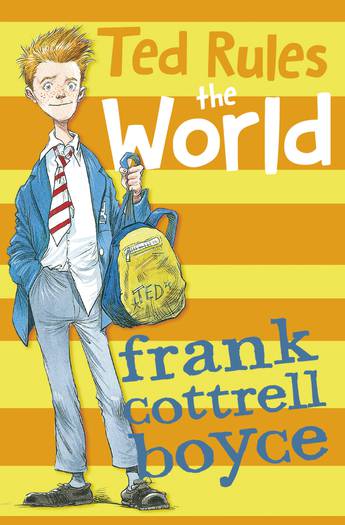 A hilarious comedy caper from Frank Cottrell-Boyce, now in a standard paperback format for middle-grade readers.

Ted thinks there's something fishy going on. Ever since his birthday when he got a special loyalty card at the local shop, all his great ideas are being thought of by the new Prime Minister too. Now there's laws about walking to school and everyone has Mondays off! Could the shop's market research lady have anything to do with it? And if Ted has become a Leader, shouldn't he start thinking up proper laws to save the world...

A hilarious comedy caper from Frank Cottrell-Boyce, now in a format particularly suitable for struggling, reluctant and dyslexic readers aged 7+
More books by this author

Frank Cottrell-Boyce's first book, Millions, won the Carnegie Medal and his many other awards include the Guardian Children's Fiction Prize. Frank is also a screenwriter, regularly collaborating with Michael Winterbottom and Danny Boyle, with whom he devised the 2012 London Olympics Opening Ceremony. He has written three sequels to Chitty Chitty Bang Bang and counts an episode of Doctor Who that he wrote in 2014 a particular achievement.