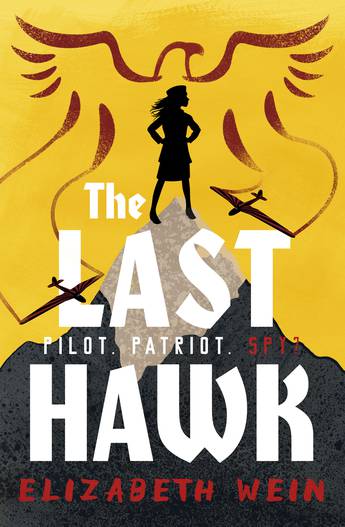 Critically acclaimed Elizabeth Wein returns with a thrilling, female-led aviation adventure set against the backdrop of Hitler's Germany and the last days of the Nazi regime.

Nazi Germany is a dangerous place for a girl with a stammer - and although her father tries to keep her safe, Ingrid can't help feeling like she's let him down. But in the air, soaring high as she pilots her beloved glider planes, Ingrid is free and incredibly talented.

When she gets the chance to fly in a propaganda tour alongside her hero, Germany's daring female test pilot Hanna Reitsch, Ingrid leaps at the chance. But through Hanna, she will learn some dangerous truths about Germany's secret missions and the plans that could change the course of the war to secure victory for the Nazi regime. When everything is at stake, Ingrid must decide where her loyalties lie …
More books by this author

Before becoming a writer, Elizabeth Wein studied at Yale University and completed a PhD in Folklore at the University of Philadelphia. Her first book was published in 1993 and she has since written several novels for young adults including the award-winning Code Name Verity. Much of Elizabeth's writing is inspired by her love of flying and she is a member of the International Organisation of Women Pilots.