The Secrets Of The Wild Wood 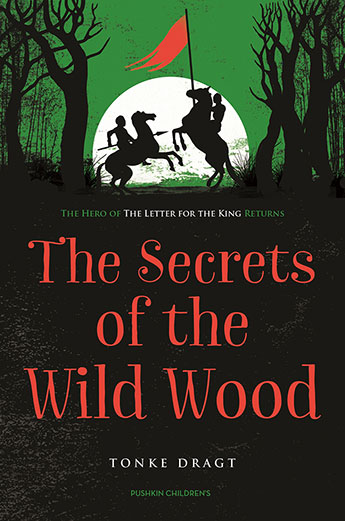 Tiuri returns in The Secrets of the Wild Wood, the thrilling and long-awaited sequel to The Letter for the King!

'There's no place you can lose your way as quickly as in the Wild Wood...'One of the King's knights has gone missing. Sent to explore the mysterious Wild Wood, which no-one dares visit and some say are enchanted, he has vanished in the snow. Tiuri - now Sir Tiuri after carrying out his last perilous mission - has to find him.With his best friend and squire, Piak, he must journey into the heart of a terrifying, secret forest realm, where danger is all around and every path leads you astray. It is a place of lost, overgrown cities and ancient curses; of robbers, princesses and strange Men in Green; of old friends and treacherous new enemies - and a secret plot that threatens to bring down the entire kingdom.This gripping, spellbinding sequel to The Letter for the King sees a hero facing his greatest test, surrounded by darkness in a world where good and evil wear the same face, and the wrong move could cost his life - but where help comes from the unlikeliest of places.
More books by this author

Tonke Dragt was born in 1930 in Indonesia. When she was twelve, she was imprisoned in a Japanese camp during the war, where she wrote her very first book using begged and borrowed paper. After the war, she and her family moved to the Netherlands, where she became an art teacher. In 1962 she published her most famous story, The Letter for the King, which won the Children's Book of the Year Award and has been translated into sixteen languages. Its sequel, The Secrets of the Wild Wood, followed in 1965, and will be published by Pushkin Children's Books in 2015. Dragt was awarded the State Prize for Youth Literature in 1976 and was knighted in 2001.