The Story Of Crime And Punishment

A. B. Yehoshua and Sonja Bougaeva
AUD $29.99
Discount:
Price / COM_VIRTUEMART_UNIT_SYMBOL_: 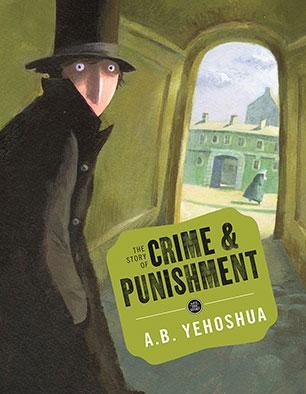 A daring retelling of one of literature's darkest stories.

You should go to a street corner and get down on your knees and tell the whole world: 'I have sinned.'

Raskolnikov is a poor student living in St Petersburg. Desperate to escape his poverty, he murders his pawnbroker and her sister, and flees with a few watches and bits of jewellery. Although at first nobody suspects him, his own conscience plagues him incessantly and it isn't long before a highly intelligent police detective by the name of Petrovich begins to have his doubts about Raskolnikov's innocence, and is determined to make him confess.

A. B. Yehoshua is one of Israel's pre-eminent writers. His novels include A Journey to the End of the Millenium, The Liberated Bride and A Woman in Jerusalem, which was awarded the Los Angeles Times Book Prize in 2007. He lives in Haifa.