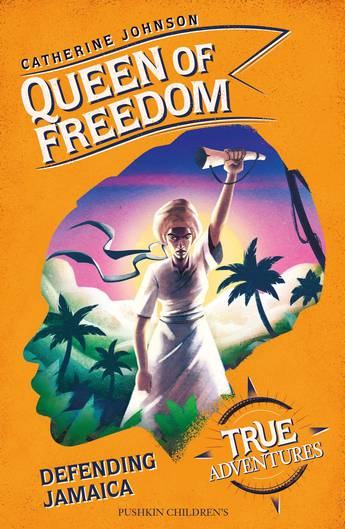 The thrilling true story of how one woman masterminded slave resistance to British rule in eighteenth-century Jamaica - part of the True Adventures series.

1720. Blue Mountains, windward Jamaica. In the sweltering heat Captain Shettlewood leads a troop of British soldiers through the thick trees towards the river. They are hunting slaves who have escaped from the brutal plantations. Their mission: to find them, and kill them.

But up ahead, hidden among the rocks above the water, a group of men with cutlasses and muskets wait patiently for the instructions of their leader. Queen Nanny is a 'wise woman' with a reputation for ancient obeah magic, and a guerilla fighter with a genius for organisation. So the battle for Jamaica begins, the First Maroon War, in which the maroons - escaped slaves - will make a final, do-or-die stand against the slavers and soldiers of Empire.
More books by this author More books in this series

Catherine Johnson, Fellow of the Royal Society of Literature, has written many titles for younger readers with a historical setting. Sawbones, a murder mystery set in eighteenth-century London, won the Young Quills Award for Best Historical Fiction 2015. The Curious Tale of the Lady Caraboo is about a cobbler's daughter from Devon who, in the early nineteenth-century, passed herself off as a Princess from Indonesia. Catherine is half-Jamaican and knows the Blue Mountains well.