The Rani of Jhansi in the Indian Mutiny of 1857 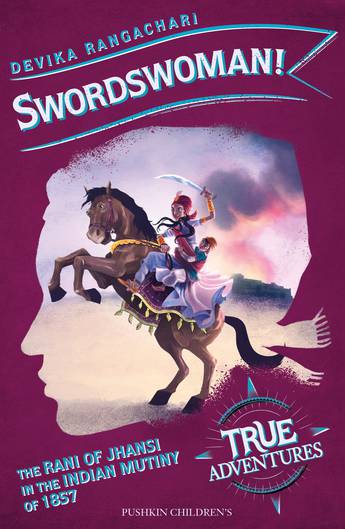 The true story of the fearsome Rani of Jhansi, the Indian Queen who took on the East India Trading Company in the Indian Rebellion of 1857.

Queen Lakshmibal of of Jhansi was an unconventional queen. She could read and write; she rode a horse and wielded a sword; she trained other women to ride and fight alongside her. When the East India Trading Company, who ruled India in the 19th century, demanded that she hand over control of Jhansi, she refused.

And when an uprising began to stir in 1857, and the British laid siege to her fortress, the warrior queen tied her infant son to her back, mounted her favourite horse, and escaped to raise an army.

Dr. Devika Rangachari is an award-winning writer whose book, Queen of Ice (Duckbill), was on the White Raven list, won the Neev Young Adult Book Award and has been optioned to be made into a movie/TV series. Her other books include 10 Indian Monarchs Whose Amazing Stories You May Not Know, Tales of Love and Adventure, Swami Vivekananda - A Man With A Vision, Harsha Vardhana, The Merry Mischief of Gopal Bhand, The Wit of Tenali Raman and Growing Up. She is currently the recipient of a prestigious national fellowship awarded by the ministry of culture in India to research aspects of gender and historical fiction in Indian children's literature.