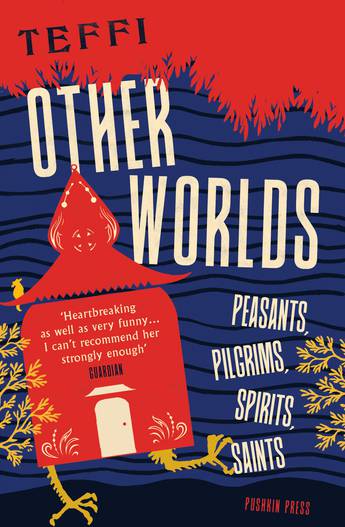 Masterful stories of faith and superstition from a much lovedRussian author, in English for the first time.

Celebrated for the wit of her satirical sketches, Teffi was also a writer of uncommonsensitivity, capable of plumbing the darker aspects of humanpsychology while retaining the signature grace of her style. The stories collectedhere share spiritual and supernatural themes, drawing from the provincialRussia of Teffi's youth to depict communities where Orthodox Christianitycoexists with the shapeshifters and house spirits of ancient folk belief.

A young girl, haunted by the sinister sound of a church bell, resolves to becomea saint. A reluctant participant on a mass pilgrimage to the Solovetskyislands has a shatteringly profound experience. A young married couple's relationshipbecomes strained as they each nurse the unspoken fear that their maidis a witch. By turns playful and profound, drily sceptical and solemn, thesetales of other worlds precisely illuminate human desires, fears and failings.
More books by this author

Teffi was a phenomenally popular writer in pre-revolutionary Russia - a favourite of Tsar Nicholas II and Vladimir Lenin alike. She was born in 1872 into a prominent St Petersburg family and emigrated from Bolshevik Russia in 1919. She eventually settled in Paris, where she became an important figure in the emigre literary scene, and where she lived until her death in 1952.

A master of the short form, in her lifetime Teffi published countless stories, plays and feuilletons. After her death, she was gradually forgotten, but the collapse of the Soviet Union brought about her rediscovery by Russian readers. Pushkin Press also publishes Subtly Worded, Rasputin and Other Ironies and Memories: From Moscow to the Black Sea.