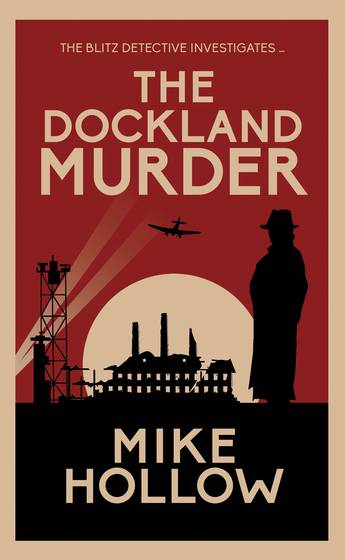 When a dock worker is found murdered, DI Jago uncovers a web of secrets about family, war and the British Empire.

November 1940. Darkness descends and another anxious night begins for those tasked with guarding the industrial heartland of London from enemy attack. As a policeman patrols the Royal Albert Dock, something catches his eye - a man is sprawled awkwardly across a nearby barge, a dagger lodged in his back.

Detective Inspector John Jago of West Ham CID discovers the victim was a dock worker by day and a Home Guard volunteer by night - and there are things even his wife doesn't know about his past. As the investigation unfolds, Jago uncovers a widening circle of secrets ranging across family tensions, the last war and a far-flung corner of the British Empire.
More books by this author More books in this series

Mike Hollow was born in West Ham, on the eastern edge of London, and grew up in Romford, Essex. He studied Russian and French at the University of Cambridge and then worked for the BBC. In 2002 he went freelance as a copywriter, journalist and editor. Mike also works as a poet and translator.