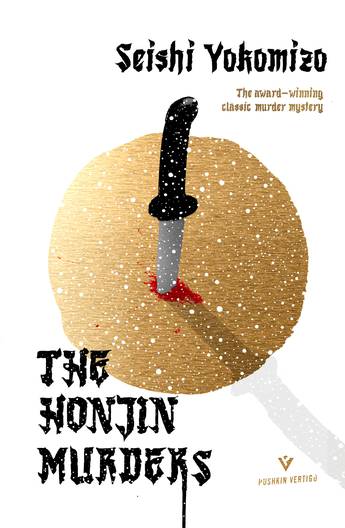 In the winter of 1937, the village of Okamura is abuzz with excitement over the forthcoming wedding of a son of the grand Ichiyanagi family. But amid the gossip over the approaching festivities, there is also a worrying rumour - it seems a sinister masked man has been asking questions about the Ichiyanagis around the village.

Then, on the night of the wedding, the Ichiyanagi family are woken by a terrible scream, followed by the sound of eerie music - death has come to Okamura, leaving no trace but a bloody samurai sword, thrust into the pristine snow outside the house. The murder seems impossible, but amateur detective Kosuke Kindaichi is determined to get to the bottom of it.
More books by this author

Seishi Yokomizo (1902-81) was one of Japan's most famous and best-loved mystery writers. He was born in Kobe and spent his childhood reading detective stories, before beginning to write stories of his own, the first of which was published in 1921. He went on to become an extremely prolific and popular author, best known for his Kosuke Kindaichi series, which ran to 77 books, selling more than 55 million copies and spawning many stage and television adaptations. The Honjin Murders is the first Kosuke Kindaichi story, and regarded as one of Japan's great mystery novels. It won the first Mystery Writers of Japan Award in 1948 but has never been translated into English, until now. Seishi Yokomizo's The Inugami Curse is also available from Pushkin Vertigo, while Gokumon Island and The Village of Eight Graves are forthcoming.