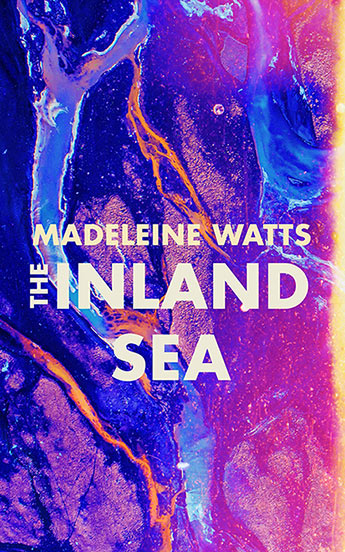 A fierce and beautiful debut novel about our capacity for harming ourselves, each other and the world around us.

In the early 19th century, British explorer John Oxley traversed the then-unknown wilderness of central Australia in search of water. Oxley never found it, but he never ceased to believe it was out there. The myth of the inland sea was taken up by other men, and over the years search parties walked out into the desert, dying as they tried to find it.

Two centuries later, his great-great-great-great granddaughter (and our narrator) spends a final year in Sydney reeling from her own self-destructive obsessions. She's working part-time as an emergency dispatch operator, drinking heavily, sleeping with strangers, wandering Sydney's streets late at night, and navigating an affair with an ex-lover. Reckless and adrift, she prepares to leave.

Written with down-to-earth lucidity and ethereal breeziness, this is an unforgettable debut about coming of age in a world that seems increasingly hostile. Watts explores feminine fear, apathy and danger, building to a tightly controlled bushfire of ecological and personal crisis.
More books by this author

Madeleine Watts grew up in Sydney, Australia and has lived in New York since 2013. She has an MFA in creative writing from Columbia University, and her fiction has been published in The White Review and The Lifted Brow. Her novella, Afraid of Waking It was awarded the 2015 Griffith Review Novella Prize. Her non-fiction has appeared in The Believer and the Los Angeles Review of Books. The Inland Sea is her first novel.