Home>Browse>Books>Fiction>The Killer In My Eyes

The Killer In My Eyes 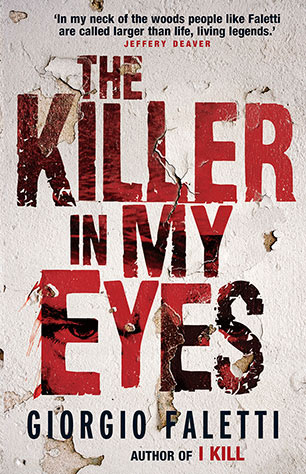 The publishing sensation from Italy, Giorgio Faletti, now in paperback with Killer in My Eyes

Mayor Marsalis's son is found dead in his New York studio, his body stained red and arranged like the cartoon character Linus - with a blanket next to his ear and his thumb in his mouth. Desperate, Marsalis asks his ex-cop brother, Jordan, to investigate. As the killer strikes again and again, Jordan is thrown together with beautiful young detective Maureen Martini, newly moved from Rome to forget her boyfriend's brutal murder. They begin a race against time to unmask the killer - a murderer seemingly obsessed with comic strips. But in New York nothing is ever quite what it seems.

Italian-based writer Giorgio Faletti graduated in law before working as an advertising agent, racecar driver, and entertainer. He is the author of seven novels, and has been declared the best living Italian writer by Corriere della Sera, the most popular and highest-selling Italian newspaper. His latest titles include I Kill (2002), I am God (2010) and The Pimp (2013).