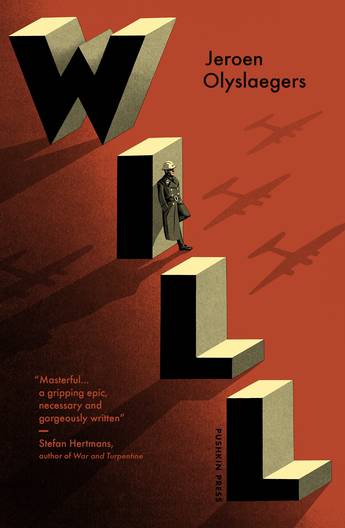 It is 1941, and Antwerp is in the grip of Nazi occupation. Young policeman Wilfried Wils has no intention of being a hero - but war has a way of catching up with people.

When his idealistic best friend draws him into the growing resistance movement, and an SS commander tries to force him into collaborating, Wilfried's loyalties become horribly, fatally torn. As the beatings, destruction and round-ups intensify across the city, he is forced into an act that will have consequences he could never have imagined.

A searing portrayal of a man trying to survive amid the treachery, compromises and moral darkness of occupation, Will asks what any of us would risk to fight evil.
More books by this author

Jeroen Olyslaegers (b. 1967) is a Flemish author and playwright. Will won four major prizes in the Netherlands and Flanders and is being translated into eight languages. He lives in Antwerp, on the Kruikstraat, where police helped the Nazis round up Jews during the Second World War.