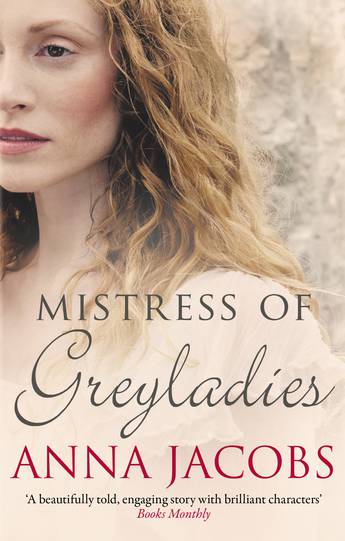 Download cover
Availability: Temporarily unavailable from this website, please try another retailer
During World War I, the ancient manor house of Greyladies in rural Wiltshire is requisitioned for a hospital. Its mistress, Harriet Latimer, her husband Joseph and their two sons are allowed to stay in part of the house, but when tragedy strikes Joseph's brothers, his future at Greyladies is at risk. Latimer family legend says a new mistress will be found to look after the house, yet how does this happen?

In Swindon, Phoebe Sinclair is unaware of her connection to Greyladies and the Latimers. When her German employers are interned because of the war, she loses her job. Worse still, her brutish step-cousin Frank tries to force her to marry him and Phoebe has no choice but to flee to London. A chance encounter leads her to a new life as a nursing assistant in the VAD (voluntary aid detachments), and to a blossoming friendship with Captain Corin McMinty. When Phoebe is posted to the hospital at Greyladies, she feels she's come home. But Frank is still pursuing her and Corin has his own problems. With obstacles at every turn, can Phoebe find happiness and embrace the role of mistress of Greyladies?
More books by this author

Anna Jacobs is the author of eighty novels and is addicted to storytelling. She grew up in Lancashire, emigrated to Australia in the 1970s and writes stories set in both countries.