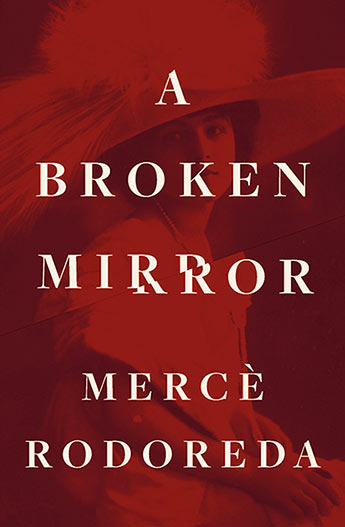 A haunting classic of modern Catalan literature from one of Spain's most prestigious authors.

Extending from the prosperous Barcelona of the 1870s to the advent of the Franco dictatorship and the Spanish Civil War, A Broken Mirror follows three generations of a fractured aristocratic family at the turn of the 19th century. Beginning with Teresa Goday, a fishmonger's daughter who marries a wealthy older man, the novel brilliantly intertwines the many perspectives of the various occupants of their sprawling villa throughout the years - their progeny and their spouses, loyal servants, illegitimate grandchildren, ghosts, and even a rodent - revealing a panoramic vision of humanity and an intricate labyrinth of connection that spans decades and lives. Turning upon events both intimate and historic, Merce Rodoreda follows the founding of this matriarchal dynasty through to its eventual, seemingly inevitable disintegration and calls into question the legacies that bind people together. A Broken Mirror is a haunting classic about the inexorable passing of time.
More books by this author

Merce Rodereda was born in Barcelona in 1908. She published five novels between 1932 and 1937, and then fled into exile at the end of the Spanish Civil War. She did not publish again until 1959, after which she regularly produced novels and collections of short stories and became a fixture on Catalan best-seller lists. Rodereda died in Barcelona in 1983.