A Favourite Of The Gods 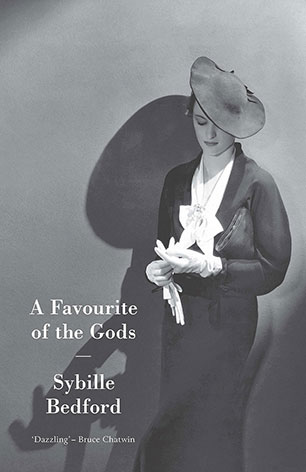 The masterfully told story of three generations of women set against the turbulent and exciting backdrop of early twentieth century Europe and America.

Constanza and her young daughter step off a train in the French Riviera in the late 1920s without the slightest notion of where they are. But their story begins with Constanza's parents: a beautiful New England heiress, a Roman prince and the confused catastrophe of their marriage. An idyllic childhood spent in crumbling Roman palaces, sun-baked olive groves, at sumptuous parties and being taught by the most interesting men in Rome, is changed forever by a fatal clash of culture and an impulsive decision.

In this elegant novel, Sybille Bedford tells the story of three generations of women, of Europe and America, and the turbulence and excitement of the early twentieth century.
More books by this author

Sybille Bedford was born in 1911 in Charlottenburg, Germany, the daughter of a German father and an English mother. She grew up in Italy, France and England. The account of her travels in Mexico A Visit to Don Otavio was her first published book in 1953, and she followed it with three novels, A Legacy (1956), A Favourite of the Gods (1963) and A Compass Error (1968). Her semi-autobiographical novel, Jigsaw, was shortlisted for the Booker Prize in 1989. Her memoir, Quicksands, was published in 2005. Sybille Bedford died in 2006.