Tales Of Longing And Liberation 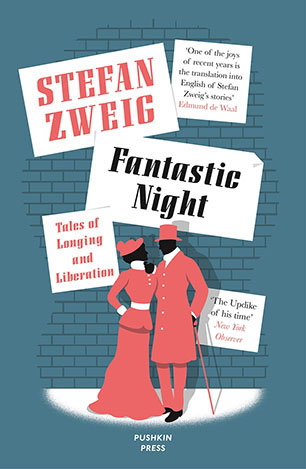 A collection of brilliant short stories from a master of the form.

'I alone know that I am only just beginning to live'

He is distinguished, rich, a memeber of a fashionable society - utterly bored. But, over the course of one fantastic night, a young Baron becomes a theif, unashamed, and awakes to life for the first time.

This collection is full of tales of infinite passions, of intense encounters that transform lives, a knock on a door that forces a whole community to take flight, a doomed attempt to save a soul poisoned by addiction, a love soured into awful cruelty, of longing and liberation. They are the gripping work of a master storyteller, unmatched and completely unforgettable.
More books by this author

Stefan Zweig was born in 1881 in Vienna, into a wealthy Austrian-Jewish family. He studied in Berlin and Vienna and was first known as a poet and translator, then as a biographer. Between the wars, Zweig was an international bestseller with a string of hugely popular novellas including Letter from an Unknown Woman, Amok and Fear. In 1934, with the rise of Nazism, he left Austria, and lived in London, Bath and New York-a period during which he produced his most celebrated works: his only novel, Beware of Pity, and his memoir, The World of Yesterday. He eventually settled in Brazil, where in 1942 he and his wife were found dead in an apparent double suicide. Much of his work is available from Pushkin Press.