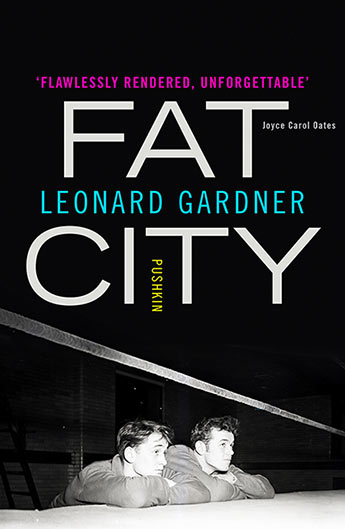 A vivid novel of defiance and struggle, of the potent promise of the good life and the desperation and drink that waylay those whom it eludes.

Stockton, California, is the novel's setting: the Lido Gym, the Hotel Coma, Main Street's lunchrooms and dark bars offer a temporary respite to the men and women whose backbreaking work in the fields barely allows them to make a living. When two men meet in the gym - the ex-boxer Billy Tully and the novice Ernie Munger - their brief sparring session sets into motion their hidden fates, initiating young Munger into the 'company of men' and luring Tully back into training.

Fat City tells of their anxieties and hopes, their loves and losses, and the stubborn determination of their manager, Ruben Luna, who knows that even the most promising kid is likely to fall prey to some weakness.

Then again, 'There was always someone who wanted to fight.'
More books by this author

Leonard Gardner was born in Stockton, California. His short stories and articles have appeared in The Paris Review, Esquire among other magazines. His screen adaptation of Fat City was made into a film by John Huston in 1972; he subsequently worked as a writer for independent film and television. For his work on the series NYPD Blue he twice received a Humanitas Prize (1997 and 1999) as well as a Peabody Award (1998). In 2008 he was the recipient of the A.J. Liebling Award, given by the Boxing Writers Association of America. A former Guggenheim Fellow, he lives in Northern California.